In 1925, a group of thirty-three thoughtful and like-minded women gathered together to organize the Convalescent Children’s League. They were responsible for the operation and support of a twelve-bed children’s convalescent home. The home was eventually turned over to Children’s Hospital Society, and today is known as Children’s Hospital Rehabilitation Center. Then in 1926, led by Mrs. Helen Hanna Bullis, the first president, the Convalescent Children’s League was admitted into the Association of Junior Leagues International (AJLI) as the Junior League of Los Angeles.  It is thanks to these women, and the generations of women that followed, that we are able to celebrate 90 years of Junior League service in Los Angeles. 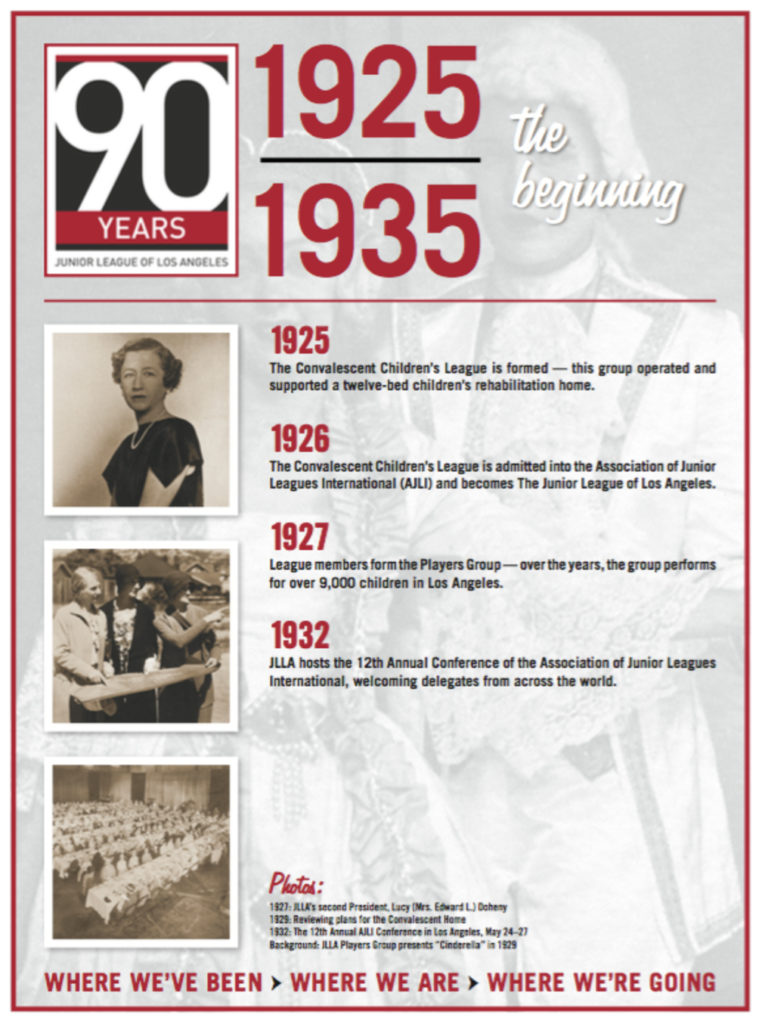 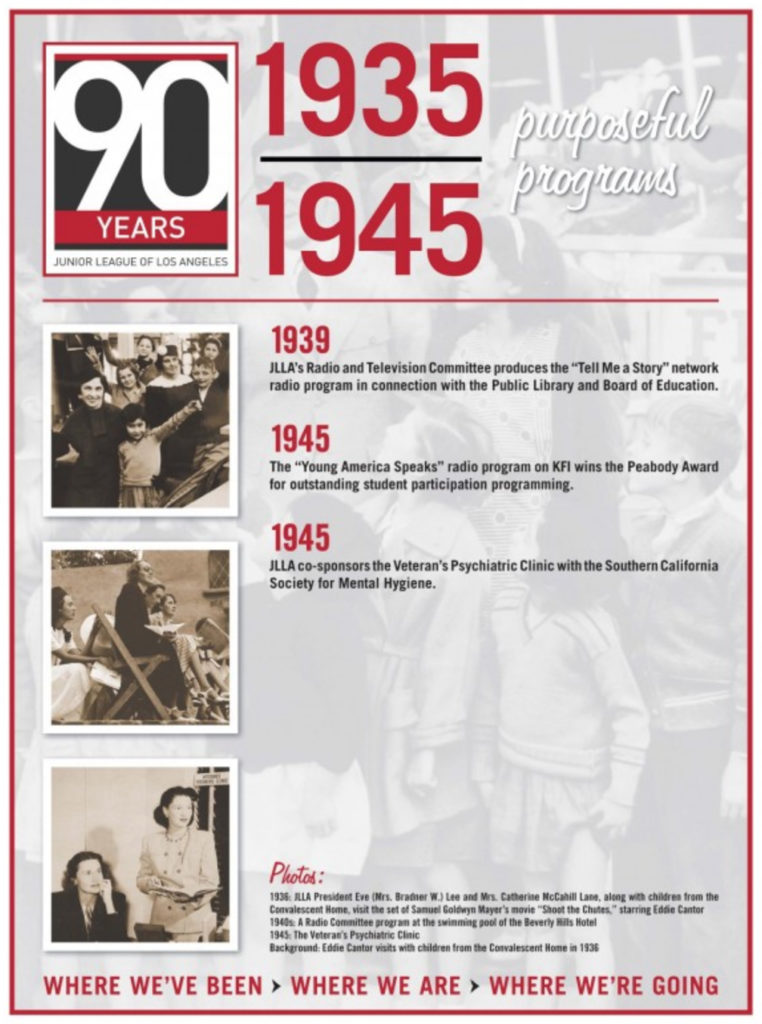 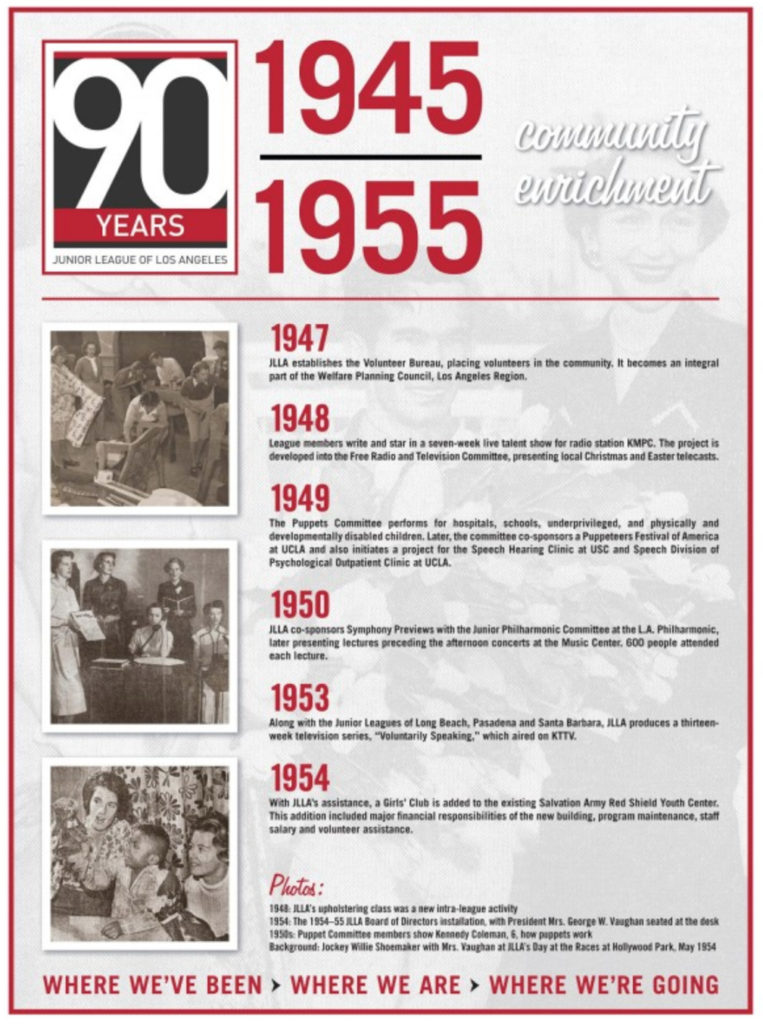 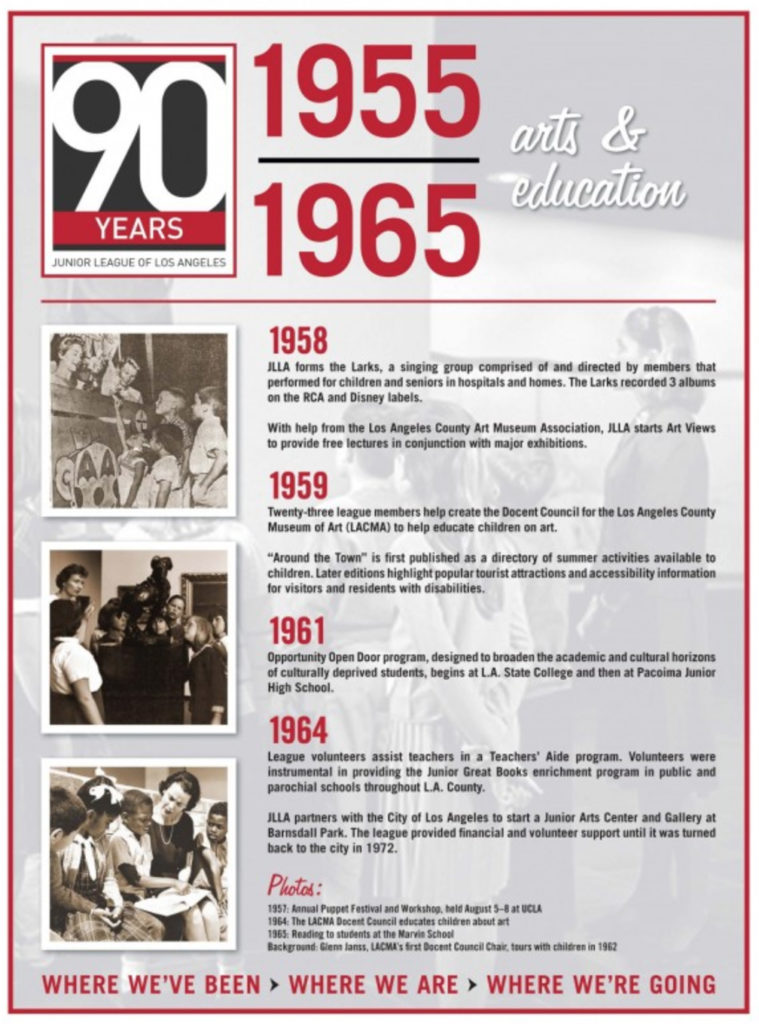 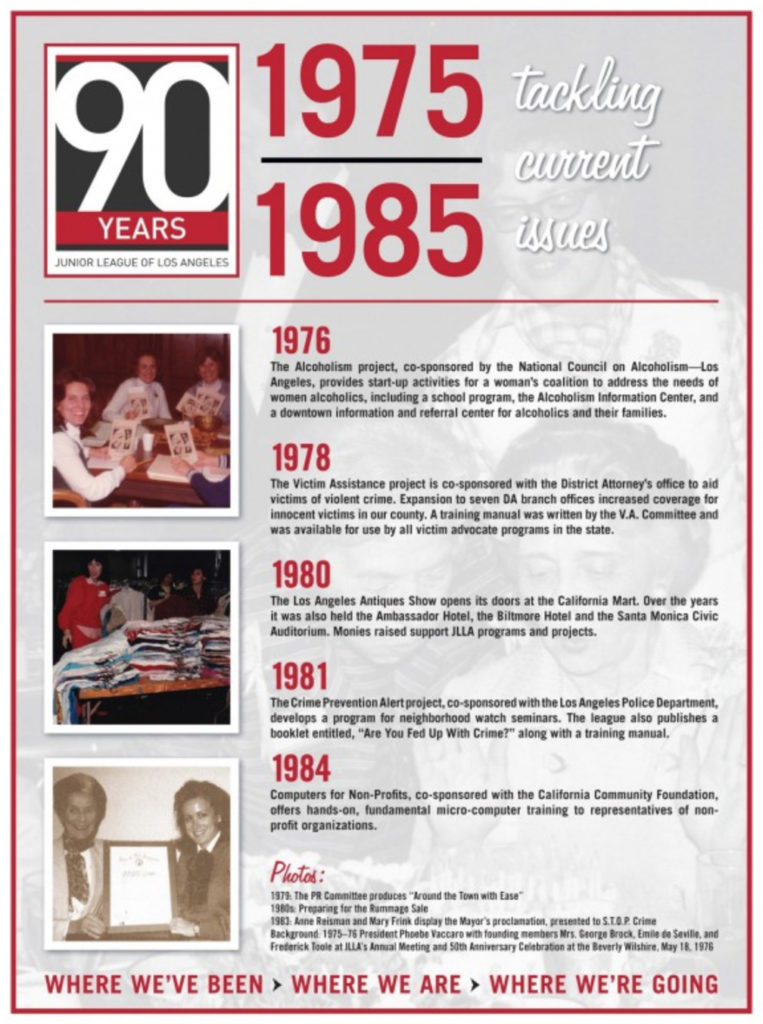 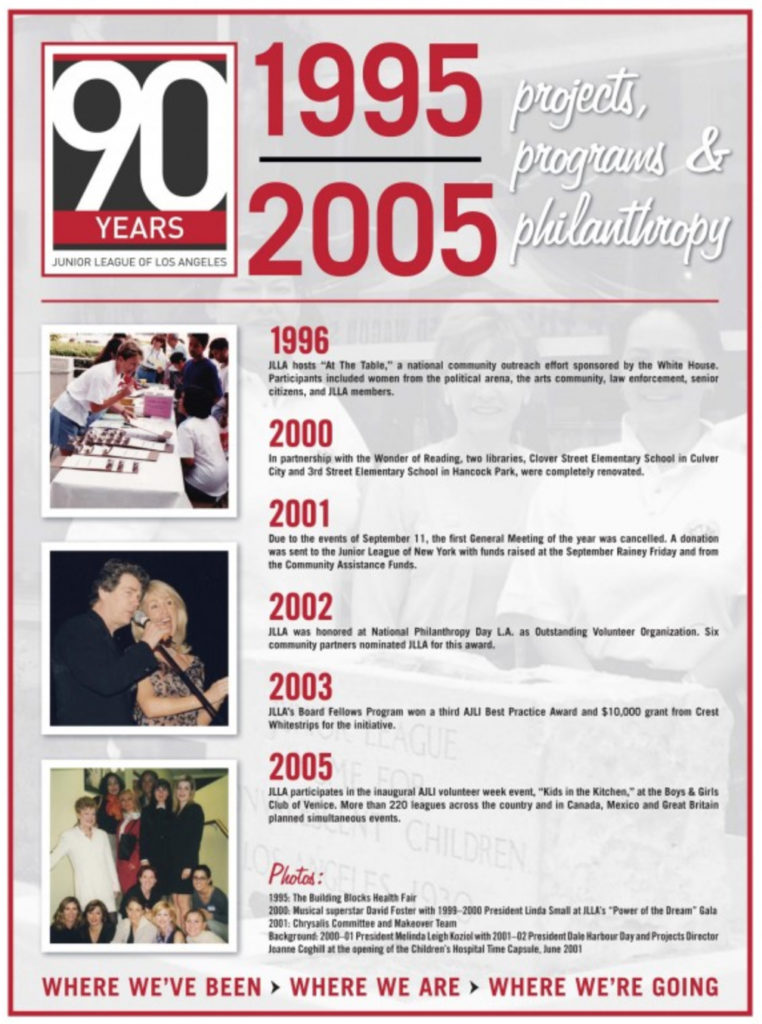 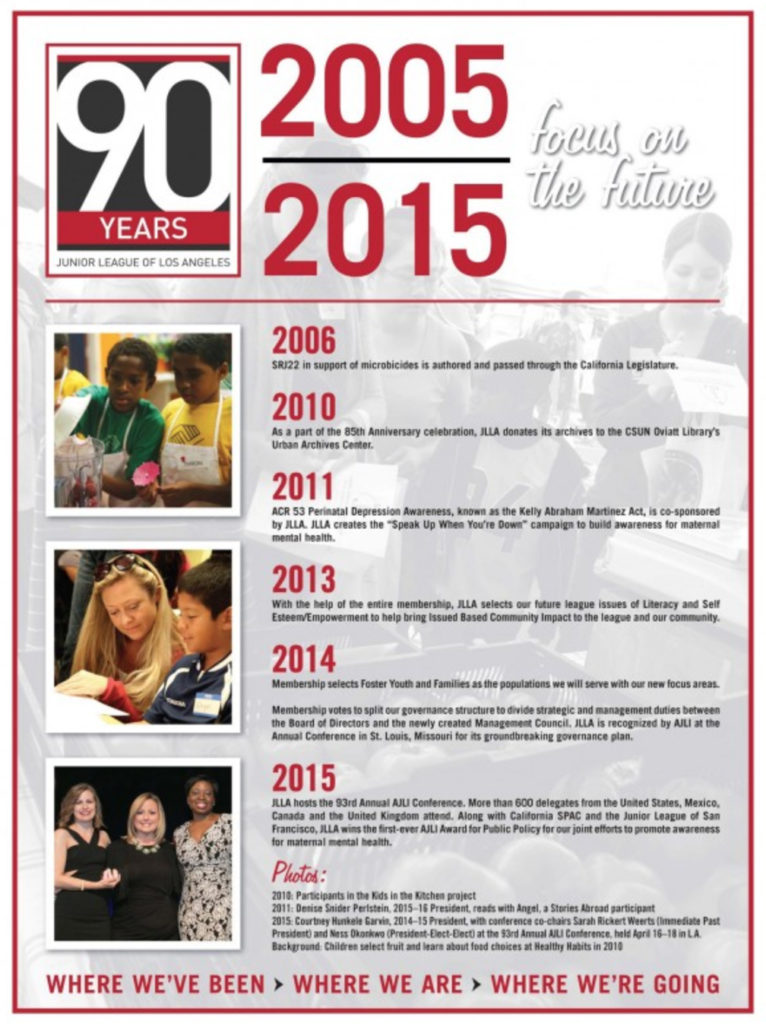