Established in 1926, the Junior League of Los Angeles (JLLA) has been the driving force behind the kinds of initiatives and institutions that make our community a healthier, more vital place to live. Throughout its history, JLLA has developed, supported and launched more than 100 projects into the community — making a measurable, positive impact on the welfare of greater Los Angeles children and their families. More than 2,500 kids were impacted by JLLA programs during its 2012-2013 year alone.

Junior League members, reflecting a wide range of backgrounds, interests, and professional pursuits work together to identify unmet needs, forge effective coalitions, and work for change. Time and time again, the Junior League is among the first organizations to step up to the plate and tackle a community’s biggest challenges.

The Junior League of Los Angeles is a 501(c) 3 nonprofit volunteer organization, and is a member of the Association of Junior Leagues International (AJLI). The JLLA is now one of over 293 Junior Leagues throughout the United States, Mexico, Canada, and Great Britain. AJLI’s member leagues encompass over 155,000 members worldwide.

The focus areas of the Junior League of Los Angeles include:

To Achieve Our Mission

The Junior League of Los Angeles provides training opportunities and experiences to develop its volunteers through seminars, community service, leadership roles and mentoring in order to achieve its Mission.  Our members are inspired by a lifelong commitment to building better communities through a unique combination of training, community leadership development, direct service and public policy advocacy.

The Junior League of Los Angeles is housed in a two-story French Regency building known as Rainey House. Built in 1995, Rainey House is named for former League President Marjorie Hamlin Rainey, whose generous bequest provided the majority of the underwriting needed to construct the building. 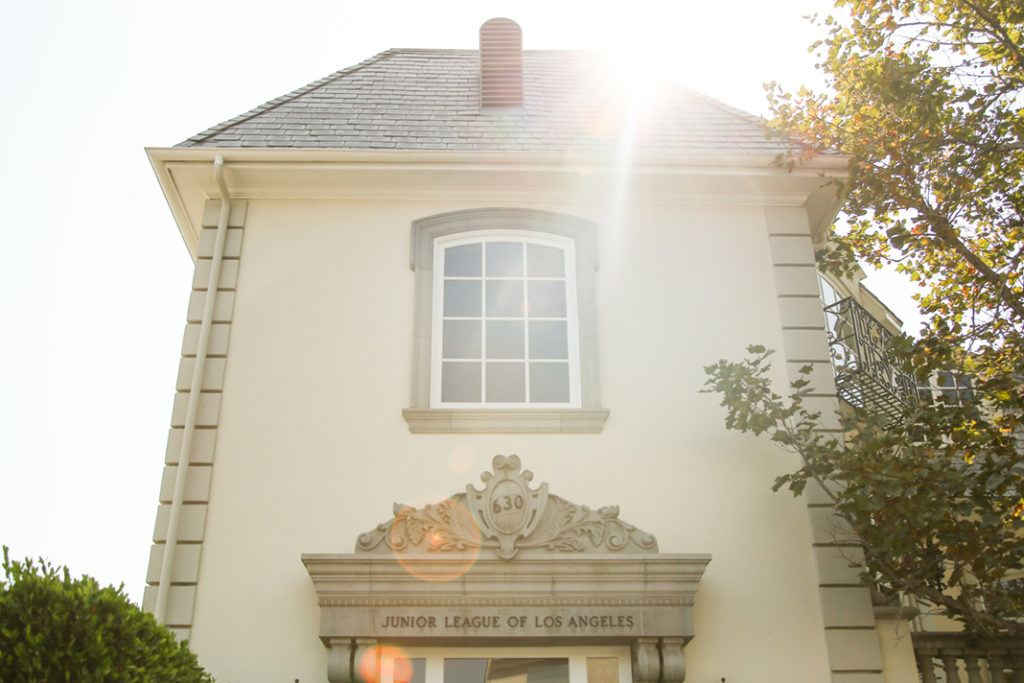 A Home of Our Own

In 1995 the Junior League of Los Angeles moved into its permanent home, Rainey House, on Larchmont Boulevard. Prior to this, JLLA has served the community from rented or donated office space. From 1925 until 1970, a number of locations had been used including a room at the Beverly Hills Hotel. For the next 25 years, the League had been headquartered in 1,600 square feet of space at the Farmer’s Market, provided through the generosity of the Gilmore Corporation and Foundation.

For many years, the Junior League dreamed of building a home of its own. To realize this dream, a feasibility study was conducted in 1986. And following the study, the Board of Directors began looking for a site on which to build the JLLA headquarters. The new headquarters would serve as a meeting place for members to collaborate with each other and with community leaders.

After a thorough search and aided by the generosity of Grace Ford Salvatori and our membership, a home on 630 North Larchmont Boulevard was purchased. The site was chosen for its central location to many JLLA projects and services and as a way of demonstrating the League’s commitment to its continued presence in the heart of our city.

In 1992, the League learned that Marjorie Hamlin Rainey, who had been President of Junior League in 1943, donated through her estate $1 million dollars for JLLA to construct a permanent headquarters. Groundbreaking for the new Junior League of Los Angeles home took place on November 16, 1993. The Dedication Ceremony for the Marjorie Hamlin Rainey Headquarters followed almost two years later on September 22, 1995.