The Junior League of Los Angeles (JLLA) is excited to invite you to the 2022 Civic Leadership Forum themed “See Her Soar.”

Attendees will leave with tangible ways to take action and become advocates for change.

CLF 2022, sponsored by Janie Buss and the Lakers, with additional scholarships provided by the Skechers Foundation, will feature:

This event will be held on Saturday, March 5 from 10:00 a.m. to 1:00 p.m in West Hollywood. The program will be held outdoors, and there will be a virtual option for those unable to join in person!

To attend the in-person event, please purchase a ticket here.

The Junior League of Los Angeles thanks the Lakers and Janie Buss for their support in making this event a success. 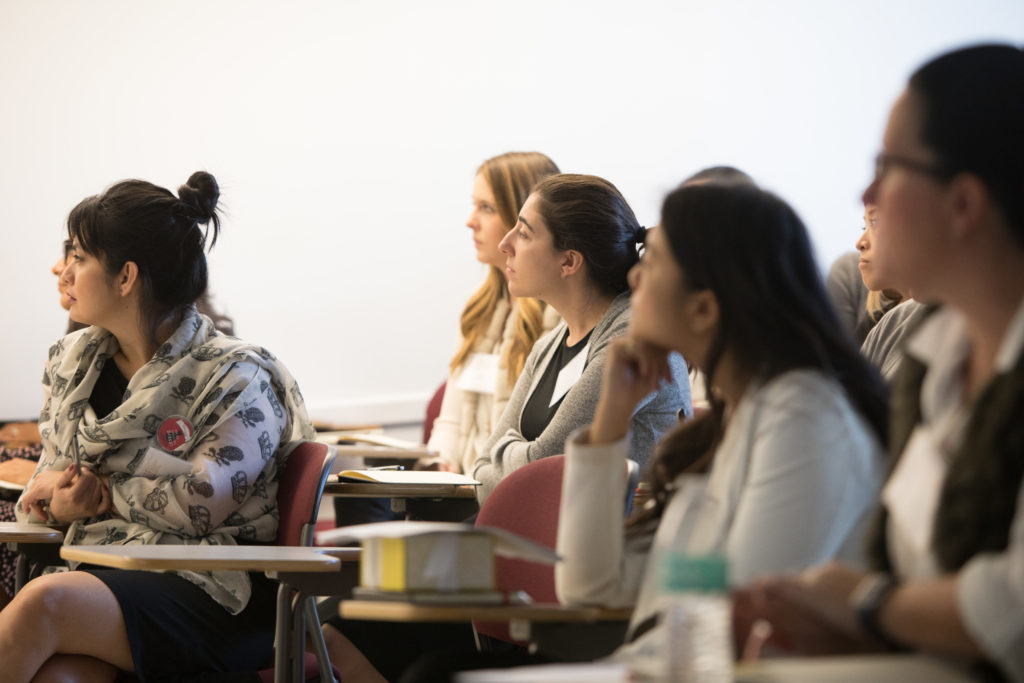 Highlights of Past CLF Events

In November 2017, CLF was held at Mount Saint Mary’s University – Doheny Campus.  This year’s forum focused on “Advocacy in Action” as it relates to foster youth support services.  CLF empowered and provided attendess with tools on how to become advocates of change in their communities.  The plenary session included key note speaker First Lady of Los Angeles Amy Elaine Wakeland and President and CEO of Alliance for Children’s Rights Laurie Rubiner who discussed the importance of civic engagement and one’s role to bring forth policy changes to aid those who are currently underserved.  The day included breakout sessions on topics such as Finding Your Fit in Advocacy, Overcoming Obstacles, Navigating State and Local Public Affairs, Communicating Your Cause, Running for Change and Foster Youth Advocacy 101 led by foster care advocates and industry leaders.  Kim Middleton, PhD, Director, Center for Academic Innovation and Creativity made the case for women and girls to be advocates in Los Angeles County.  Tiffany Boyd with Alliance for Children’s Rights were recognized for their commitment to changing the landscape in the foster care system.

In December 2016, CLF was held at the Downtown Central Library in the Mark Taper Auditorium. This year’s event also focused on foster youth with a concentration on identifying and breaking down barriers to education. The event was officially titled –  Psychology Street: Breaking Down Barriers to Education. League and community members were invited to join us as we explored the issues surrounding access to post secondary education for foster youth. With the help of many incredible speakers, we discussed and shared some of the startling facts behind transition into post secondary education and begun an impactful discussion on the unique challenges foster youth face as they work to bridge the gap from high school to college and career. More than this, 2016 CLF discussed the advocacy work we can do as a community to reduce these barriers. Key speakers included Regina Calcaterra (Attorney and New York Times best selling author), Patrick Gardner (President and Founder of Young Minds Advocacy), Sydney Kamlager-Dove (President, Los Angeles Community College District Board of Trustees), Alex Johnson (Executive Director for the Children’s Defense Fund-California), and Sandy Banks (prolific journalist focused on social issues).

In November 2016, CLF was held at the Downtown Central Library in the Mark Taper Auditorium. This year’s event also focused on foster youth with a concentration on human trafficking. The event was officially titled – The Disturbing Link Between Foster Youth and Human Trafficking. League and community members were invited to join us as we explored the issues surrounding unaccompanied youth being trafficked in the State of California. With the help of many incredible speakers, we discussed and shared some of the startling facts behind Human Trafficking and the advocacy work we can do as a community to fight it. Key speakers included Carissa Phelps (JD/MBA, CEO and Founder of Runaway Girl), Dana Harris (LAPD Detective Supervisor), Maggy Krell (JD, Deputy Attorney General, Statewide Human Trafficking Coordinator), and Taylor Dudley (JD, Attorney, Alliance for Children’s Rights).

JLLA returned to Children’s Bureau for CLF 2014 to discuss the issue of Foster Youth as Parents: Providing Support and Breaking the Cycle.  Dr. Emily Putnam-Hornstein of the University of Southern California’s School of Social Work framed the scope of the issue within California by reviewing her report California’s Most Vulnerable Parents: When Maltreated Children have Children.  This was followed by panel of speakers representing various perspectives on the issue: former foster youth and teen parent Jessica Chandler, Barbara Facher of the Alliance for Children’s Rights, whole family foster home caregiver Dena Johnson, Hipolito Mendez of the Department of Children and Family Services, Miranda Sheffield of the Children’s Law Center, and Mara Ziegler of Public Counsel.  The day’s agenda and materials and booklets from Public Counsel addressing topics such as teen pregnancy prevention, welfare and health care programs for teen parents, and legal issues for teen families are excellent resources.

After a brief hiatus in 2010, the 2011 CLF returned to the California Endowment focusing on the topic of human trafficking with discussions about recent trends away from international human trafficking and towards domestic human trafficking.  Collaborative efforts between law enforcement agencies and community non-profit organizations were highlighted, and relevant legislation was discussed.  Key participants included the Coalition to Abolish Slavery and Trafficking (CAST), the Los Angeles Police Department, Senator Fran Pavley, and the UCLA Center for Women’s Studies.

The 2009 CLF focused on topics critical to ameliorating the education issues impacting foster children in Los Angeles. Key speakers at the event were Anthony Pico, the Honorable Sherri Sobel, and the Honorable Richard D. Huffman.