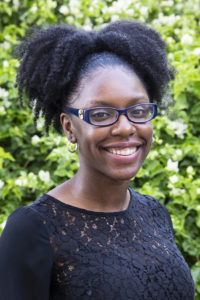 In addition to Buffany’s work with the Junior League of Los Angeles, she also volunteers with her church, Alpha Kappa Alpha, Sorority Incorporated and the Cal Alumni Association. In her spare time, Buffany enjoys reading, laughing and spending time with family and friends. 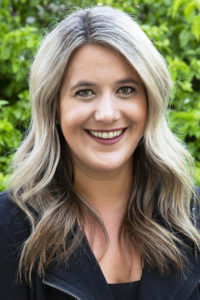 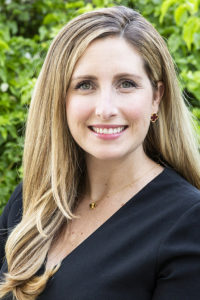 Dawn Eash joined Junior League of Los Angeles in 2014 to give back to her community and is currently serving as the Community Vice President.  Her previous roles in Junior League also focus on working directly with community partners to set up new projects for JLLA and developing programming for projects.  She previously served as Chair-Elect and Chair of the Project Research and Development committee, and before that as chair and committee member of JLLA’s community project with Daybreak at The People Concern.  Dawn is a graduate of JLLA’s Leadership Development Institute and Public Policy Institute.  In addition to Dawn’s work with the Junior League of Los Angeles, she also volunteers with the American Statistical Association where she has served on and chaired the Committee on Career Development. In her spare time, Dawn enjoys spending time with family and friends.

Dawn earned her B.S. in Statistics and Finance from Cal Poly, San Luis Obispo and her M.S. in Statistics from North Carolina State University.  She currently works as an Associate Director at Berkeley Research Group. 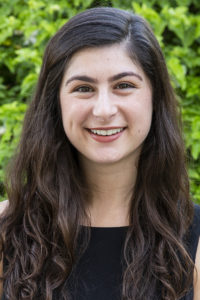 Caitlin Piemonte is a native Angeleno who is excited and honored to be serving on the Junior League of Los Angeles’ Management Council this year. Since she joined in 2015, Caitlin has dedicated her time to serving in many roles throughout the Development Council. First, she contributed to the Silent Auction at Angeleno Night, then she helped to organize several fundraisers throughout the year as an Associate Chair and, eventually, Co-Chair of the Social and Special Events Committee. Junior League has provided extraordinary opportunities for her to grow as a leader, fundraiser, and friend. The trainings that JLLA offers have been some of the most rewarding experiences that Caitlin has had in her personal or professional life.

In her spare time, Caitlin works as the Manager of Marketing Analytics for JLLA’s neighbor, Paramount Pictures. In that role, she uses data to help optimize marketing campaigns for theatrical release. Caitlin’s interest in marrying the qualitative and quantitative emanated from her time at Villanova University’s School of Business where she studied Marketing and Analytics. When she’s not working or volunteering with JLLA, Caitlin enjoys serving as the Co-President of the Los Angeles Chapter Alumni Association for Villanova University, traveling, and playing with her crazy kitten, Enzo. 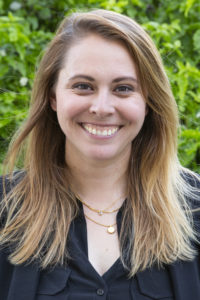 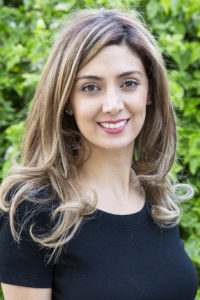 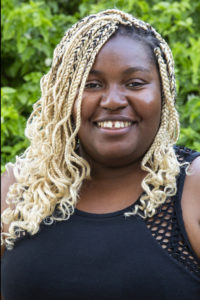 Professionally, Nene is the Communications Specialist at the College of Natural and Social Sciences for California State University, Los Angeles where she oversees the college’s marketing, communications and public affairs efforts. She has also served on the Board of Directors of the Young Non-profit Professionals Network-Los Angeles. Nene is passionate about serving the community as seen in her two-year stint as an AmeriCorps member – first as a Literacy AmeriCorps member and later as an AmeriCorps VISTA member.

Nene holds a B.A. in political science from the University of California, San Diego and is currently pursuing an MPA at Cal State LA. In her spare time, she enjoys dancing, hiking, watching movies, attending comic book conventions and being a proud aunt. 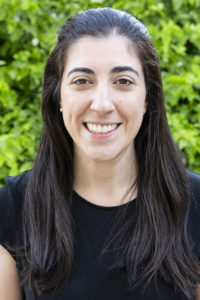 Gena joined the Junior League of Los Angeles in 2009 and is currently serving as Sustainer Vice President. She previously served on the JLLA’s Board as Treasurer and Training Director; and has held placements including League Advisor, Provisional Advisor, Board Fellows committee, Member at Large, and Sustaining Advisor. She is a graduate of the Board Fellows Program, Video Production Institute, and Leadership Development Institute. Originally from Chicago, Gena attended Harvey Mudd College to earn a B.S. in General Engineering. She now works as a Sr Manager, Project Management at System1. Gena enjoys travelling, reading, exploring the LA food scene, and live-music. 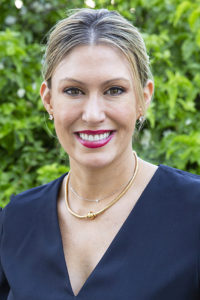 Heather Castle, CFP®, ChFC®, AIF®, completed both of her degrees at the University of Alabama.  An undergrad degree in Finance and a Master’s in Business Administration from the Manderson Business School Executive MBA program.

Heather currently works as the Director of Wealth Management for NMS Capital Advisors, LLC in Beverly Hills, is the owner and founder of Castle Wealth Advisors, LLC, is an Adjunct Finance Professor for California State University- Northridge and is a CFP® Course Instructor for Kaplan.

Heather joined the Junior League of Los Angeles in 2015 and is currently serving as Training Vice President as well as sitting on the Diversity & Inclusion Task Force. Her past placements include Diversity & Inclusion Committee, Community Impact Working Group, 2 yrs. As Training & Education Chair and was AA to the Training VP.  She is a graduate of the Board Fellows Program, Public Policy Institute, and the Leadership Development Institute.  As well as, attending LDI 2.0 and Organizational Development Institute (ODI)in October 2018. 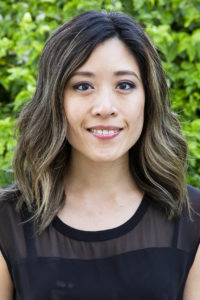 Melody joined the Junior League of Los Angeles (JLLA) in 2010 and currently serves as Nominating Director-Elect. She deeply values leadership development, organizational sustainability and hands-on community involvement, which has led her to a myriad of JLLA roles including Treasurer on the Board of Directors, Nominating Committee member, Membership League Advisor, and chair of the Children’s Bureau and Mar Vista community projects. Outside of JLLA, she has invested her time with various organizations including the Boys and Girls Club of America and Junior Achievement.

Currently, Melody is a VP, Enterprise Cards Communications Manager, at City National Bank, where she manages the creation and execution of communications content for the bank’s personal and commercial card payments products. Prior to diving into marketing and communications, she started her career in accounting and financial analysis.

Melody is a Los Angeles native, and holds a BA in Business Economics and minors in English and Accounting from the University of California, Los Angeles.

Melody is passionate about travel, food and culture, so will not pass up a chance to visit a new locale or add new tastes to her palate. 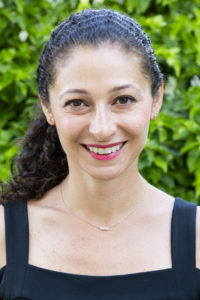 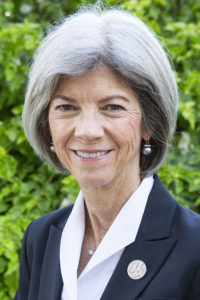 She is a recipient of the League’s volunteer service awards: the Founder’s Award for Community Leadership and the Spirit of Voluntarism Award.

She is currently employed as Senior Counsel for Phillips & Associates, a non-profit consulting firm.

Sommerly, Assistant to the President Elect

Sommerly joined the Junior League of Los Angeles (JLLA) in 2018. In her New Member year, she graduated from the Public Policy Institute and was the Co-Chair of the New Member Thrive Through Literacy Project for the Valley Group. She is currently the Assistant to the President-Elect.

Sommerly is a Las Vegas native that started her career as a reporter for NPR, while still in college at Abilene Christian University in Texas. The inability to add whimsical and exhilarating arcs to her news stories, otherwise known as fiction, propelled her to switch career paths. She opted to hit grad school first in Virginia, receiving an MFA in Producing for Cinema & Television from Regent University. While finishing up her final year of grad school, she moved to Los Angeles where she landed an internship on a CBS show that rolled into a job. Since then she has worked for a few of the industry’s titans- Paramount Pictures, Sony Pictures and Imagine Entertainment before landing in her current role at Netflix in Studio Finance.

In addition to her work with the League, Sommerly serves on the Leadership Committee of the Greenhouse Arts & Media Organization, volunteers with the Miss America Organization, the Boys Scouts of America and the Girl Scouts of the USA. In October 2017, Sommerly was listed as one of the “10 Assistants to Watch” by Variety Magazine. 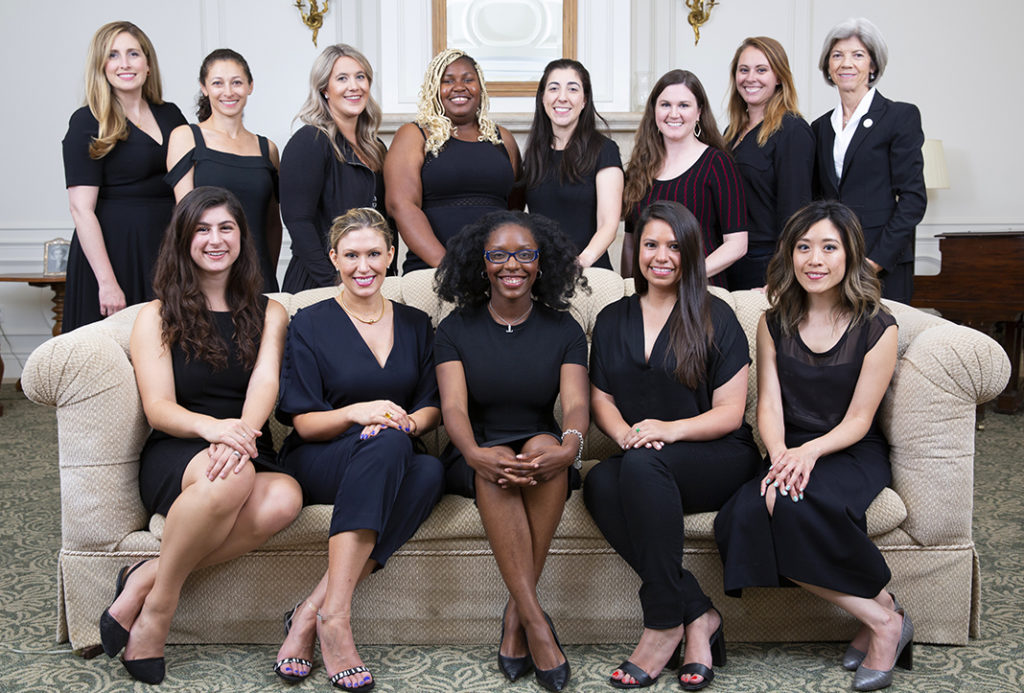